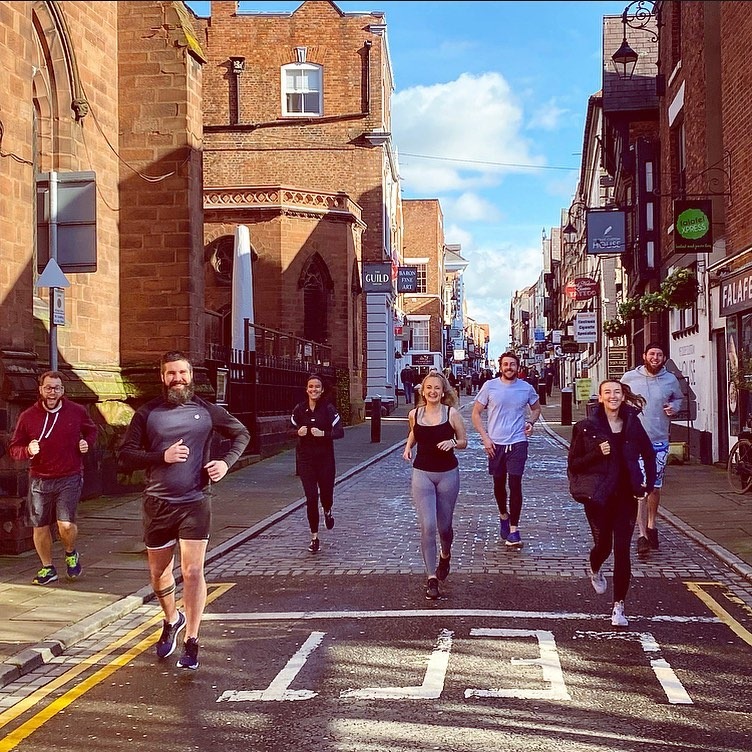 The team at Chester’s original cocktail bar and restaurant, Barlounge have been a very busy bunch. Throughout the latest lockdown they have cooked, baked, served and ran their hearts out to raise an impressive £15K to help local children.

Raising funds for their nominated charity, Radio City’s Cash For Kids, the Barlounge dream team used all their creativity to come up with a series of fun events and quirky challenges to help generate as much cash as possible.

Driven by owner Jason Bligh and General Manger Jack Brightwell, the team have clocked up over 686 miles in their self-styled ‘Chester to Champagne’ run with 18 team members running the equivalent distance from the City to the famous French wine region.

With Barlounge veterans including Rick Warrier, Jason and Jack all donning their running shoes, the team have kept guests updated on their progress with regular social media updates.

Team members have also taken on a number of individual challenges including a 15km a day on a cross trainer challenge, selling homemade arts and crafts, lockdown quiz nights, charity raffles and sausage eating contests as well as completing the 3 Peaks challenge.

Alongside that, the iconic Barlounge sausages have also played their part, with regular weekend ‘Sausage Fest’ events, allowing guests to take-away the much love treats for a small donation to the charity. Supporters could even purchase special commemorative ’20 Years’ Barlounge wine, to celebrate what should have been their 20th anniversary when lockdown started last March. The team are now planning a new schedule of exciting celebrations which will kick off later in the spring.

Jason Bligh said: ‘The whole team has really got behind the effort. We originally set out to raise £4k but with everyone’s support we have managed to triple this! Our guests have been truly amazing too. It’s been humbling to receive so much support and we are thrilled to be able to help such an amazing charity in some small way.’

Jack Brightwell commented: ‘I literally could not be prouder of the team. Every single member has gone above and beyond and challenged themselves every step of the way. It’s been an amazing way of keeping the team motivated as well as helping them get ‘match-fit’ for when we re-open the terrace on 12th April. Obviously none of this would have been possible without the support of our wonderful guests and wider Barlounge family so we can’t wait to welcome them all back next week.’

Barlounge will be opening up the terrace for outside drinking and dining from Monday 12th April. For details on how to book or to get involved with their fundraising efforts please check out their social media channels or visit www.barlounge.co.uk