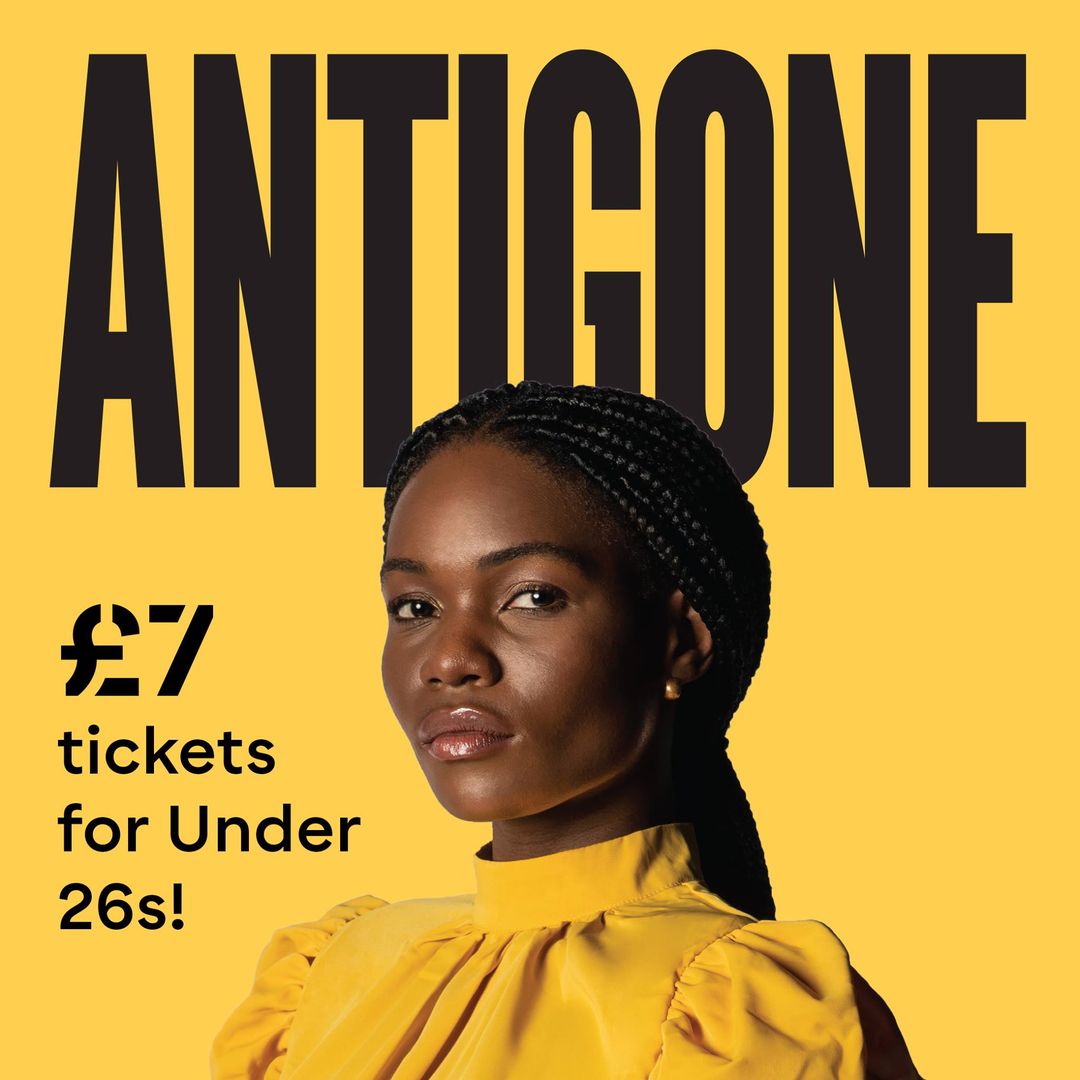 A vivid and daring new adaptation of the Greek classic Antigone is being premiered at Storyhouse next month and the full cast and creative team has now been revealed.

Award-winning poet Hollie McNish’s stunning retelling of the Sophocles tragedy will be staged from 13-23 October.

The Storyhouse Originals production is co-produced with Manchester-based TripleC, a key gateway organisation for disabled people’s access to the arts and media.

It will be fully signed with British Sign Language along with dramatic, cinematic style embedded captioning throughout.

Raffie Julien is Ismene. Her stage credits include Treasure Island at Derby Theatre and TheShade in Upon the Stair (Little Mighty). She is also associate movement director.

Kreon is played by Ken Christiansen. His stage credits include Lord of the Flies at Regent’s Park Open Air Theatre, The Rise and Fall of Little Voice (Union Theatre), Normality (The Other Palace), and Jamie’s Dad in Everybody’s Talking About Jamie (Nimax/Sheffield Theatres). His extensive screen credits include It’s a Sin, Strike: Lethal White and Kingmakers.

Jim Findley is Tiresias. Credits include Watership Down (Lyric Hammersmith), The Duchess of Malfi (Nottingham Playhouse), The Lady From the Sea (Donmar Warehouse) and Regent Park Open Air Theatre’s Our Town.

Bart Lambert plays Haemon. Previous productions include Dracula, The Snow Queen and BleakHouse for Creation Theatre, The House of Yes and Thrill Me: The Leopold and Loeb Story for The Hope Theatre, and The Pitman Painters at The Old Vic.

The cast also includes Matt Crosby (Of Mice and Men (Dukes, Lancaster), Kiss Me Quickstep (New Vic/Oldham Coliseum) and To Sir, With Love at the Birmingham Rep) as Comedian/ Compère, Harry Bharat (Young Storyhouse Company) as Guard, Rachael Merry as Messenger (Mirror Mirror (Red Earth Theatre Company) and Paines’ Plough’s I Wanna be Yours) as Messenger 2, and Amy Helena as Coryphaeus (Like Flying at National Theatre of Scotland) as Chorus Leader and BSL consultant.

The show is being directed by Natasha Rickman who returns to Storyhouse after working as associate director on A Little Night Music. Recent work includes The Time Machine, Romeo and Juliet and The Duchess of Malfi (Creation Theatre Company), and Rhino (The King’s Head).

Movement director is Paul Isles, and Lily Levin is access director. She is currently co-devising and directing Snatched, an autobiographical one-woman show performed by and about disabled actor Melissa Johns.

Meanwhile Alex Beetschen (A Little Night Music. Wizard of Oz and Little Shop of Horrors all at Storyhouse) is composer and musical director.

Design is by Adam Wiltshire (Miss Julie, The Suicide and Blue Stockings for Storyhouse).

Video design comes from Cate Blanchard (Natives at Southwark Playhouse and What the Circus at The Garage), lighting design by Jane Jalee (Dr Korczak’s Example at Leeds Playhouse and Cotton Fingers at National Theatre Wales), and sound design from Tingying Dong (Kippies at Young Vic and Eng-er-land at Jermyn Street Theatre).

‘We are thrilled with this dazzling cast of creative talent, who each comes with a unique perspective and energy. Antigone will be unlike anything we’ve done at Storyhouse before.

Antigone is a timely retelling of Sophocles’ deadly political drama.

When Oedipus’s sons Eteocles and Polyneices kill each other in a bitter battle for the throne of Thebes, their uncle Creon declares himself king and decrees that while Eteocles be buried, Polyneices is a traitor and his body should be left outside the city walls to rot.

It is up to Antigone to brave her uncle’s wrath and honour her brother by giving him the burial he deserves – even if it means her own death in return.

The production runs at Storyhouse from 13-23 October, and will also be live-streamed.